Which cities in Canada offer the best value for real estate? 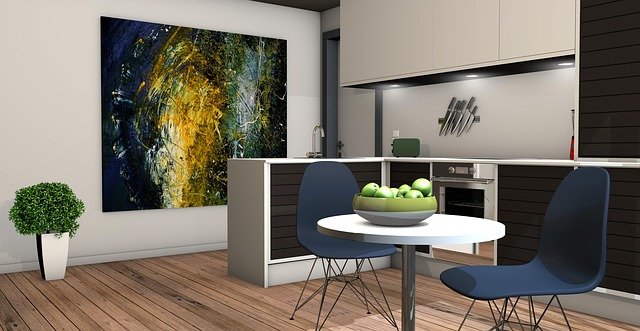 Nearly one in five Canadians are now working remotely, according to Statistics Canada.

With this new digital economy, many people are no longer tied to a particular city or town for work. Many are relocating to smaller suburbs, and are even moving to other provinces such as Alberta, according to the Business Council of Alberta, to find a home that offers them the best value for their money.

Below, I’ll show you some of the areas in Canada that offer excellent value in real estate.

Real estate value tends to be very subjective to location. Vancouver is a great city to live in, but the cost of a three-bedroom home on a small lot will run you double or even triple the cost of the same home in a small town.

While the big city certainly has its appeal, Canada has some truly beautiful smaller towns and cities. Each of these cities has its own unique appeal and offers surprisingly low real estate costs. From the rivers, valleys, and natural beauty of Saguenay, Que., to the bustling bayside city of Saint John, N.B., these cities offer Canadians the best value on their real estate investment.Saint John, N.B.

BBC described the city of Saint John, N.B. as “underrated” and “going through a renaissance.” According to the CREA, the average price of homes sold in July 2022 was $276,437. While this is a 12% increase from the previous year, it’s still far below the national average of $629,921.

If the idea of a small city by the water sounds inspiring to you, then Saint John, N.B., is worth looking into. They offer a beautiful view of the Bay of Fundy, and catching a sunset at one of the waterfront restaurants is recommended. There are also plenty of hiking and nature trails if you’re willing to drive outside the city a bit.

According to the city website, Saint John has a growing number of entrepreneurs and a bustling local arts scene.Moncton, N.B.

According to the CREA, the average price of a single-family home in the Greater Moncton metropolitan area was $340,300 in July 2022. Townhouses will run you about $266,300 if you’re looking for something a little smaller.

Moncton tends to be a welcoming community and is known for having a growing labour market, according to the Job Bank of Canada. The city has a number of good restaurants, offers plenty of public parks, and has an exciting downtown area where you can find museums, galleries, theatres, and a bustling nightlife scene.Saguenay, Qué.

According to the Quebec Professional Association of Real Estate Brokers, the average cost of a single-family home in Saguenay was $448,694 as of July 2022. While it may not be the cheapest in Quebec, it’s still well below the national average and has a low cost of living overall.

Saguenay will be right up your alley if you love the outdoors. It’s consistently ranked among the most beautiful areas in Quebec, according to Tripadvisor, due to its large natural parks, ample hiking, and waterways. The picturesque hillside city is located directly on the Saguenay River. The hills are lined with scenic villages, and it’s a truly beautiful place to visit and live in.Regina, Sask.

According to the CREA’s second quarter report, the average cost of a single-family home in Regina was $268,000 in July 2022, making it one of the most affordable cities in Canada. According to city data, Regina is also one of the fastest-growing cities in the country.

While some may complain about the cold weather, the city features plenty of parks, rec centers, cultural art centres and has a steadily growing job market, according to the CREA.St. John’s, N.L.

According to the CREA, single-family homes average $331,800, making it one of Canada’s more affordable small cities.

The city is known for its colourful houses by the water, museums, and rich cultural history. There’s also a quickly growing local economy, according to the CREA, and job market, thanks to the influx of new residents. If you like the outdoors, there are some incredible outdoor parks, trails, and scenic byways just outside of the main city.Conclusion

One of the best ways to reduce your overall stress in life is to reduce your cost of living. Once you leave the big cities and major financial districts, real estate costs tend to drop. As you can see, these cities offer not only affordable single-family home rates, but also feature vibrant communities, beautiful parks, and promising local economies.

Christopher Liew is a CFA Charterholder and former financial advisor. He writes personal finance tips for thousands of daily Canadian readers on his Wealth Awesome website.

Canada’s housing market appears to be cooling. Is this the right time to buy?

Essay Help – Why Professional Writers Can Help You Out

Essay assistance is regarded as a beneficial instrument to aid students to gain the requisite...
Continue reading
by Kaps Realty

The 3 Most Important Things to Consider When Choosing a Research Paper Topics. One of the most...
Continue reading
by Kaps Realty

The Best Way To Make Custom Research Papers For Free

Customized research papers are some thing which might seem to be a silly luxury, however before...
Continue reading
by Kaps Realty

No comments to show.

Please enter your username or email address. You will receive a link to create a new password via email.